Rauschenberg & Johns: significant others is free with general entry.

The galleries on Level 1 are wheelchair accessible via lift from the Ground Floor. Our Visitor Experience team are available at the main entrance and the exhibition entrance and can answer questions and provide assistance.

Some galleries are closed. Rauschenberg & Johns: significant others is in Gallery 15, Level 1. Plan your route here.

In the early 1950s, at the height of the Abstract Expressionist movement, a new avant-garde began to emerge from a relationship between two young artists. From their run-down New York studios, Robert Rauschenberg and Jasper Johns began a private creative dialogue that introduced everyday signs, objects, and media into their work, collapsing the distinction between art and life. While their relationship would end after seven years, their art would continue to radiate the new ideas of their creative exchange.

This exhibition will draw upon the National Gallery’s Kenneth Tyler Collection of prints with works by both artists produced between 1967 and 1973, and holdings of key works by their predecessors and contemporaries.

In 1953, on the corner of a New York City street, Robert Rauschenberg (1925–2008, United States) met Jasper Johns (b 1930, United States). These two young artists fell in love at a time when it was illegal to be in a same-sex relationship. It was also a time when New York’s artistic culture was dominated by Abstract Expressionism, an art movement of expressive gestures arising from the self or inner psyche. Not wanting to publicly expose their feelings and desires through art, Rauschenberg and Johns began a private creative dialogue, introducing everyday signs, objects and media into their work to create a distinctive, coded visual style. While their relationship would end in 1961, this formative exchange resonated throughout their lives and art. They became two of America’s most celebrated artists of the twentieth century.

In the late 1960s both Rauschenberg and Johns worked with celebrated printmaker Kenneth Tyler to create groundbreaking works in lithography and screenprint. Their experimental engagement with print processes made them important figures in the revival of printmaking in the United States. Expanding on ideas developed in their private creative dialogue, Rauschenberg and Johns helped reshape American printmaking. Are you the subject or the object? 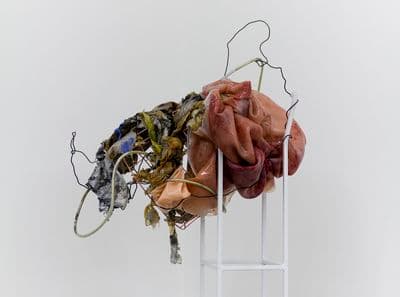 Kenneth Tyler was a revolutionizing force in the world of art. The film documents Kenneth Tyler’s life and work from childhood, through his training to become a master printer.

From 1966 until 2001 master printer Kenneth Tyler collaborated with some of the twentieth century's most brilliant artists. Browse hundreds of current and past exhibitions